My Place In The World

Temporary light installation created for 'Roker by night' event in Sunderland, to launch the Seaside Towns Cultural programme. A giant sphere made up of glowing globes was located in the performance space at Holey Rock Corner and glowing world-globes were disseminated along the route and in unexpected secondary locations.

Marine Walk was transformed into a magical landscape, bringing surprise and enjoyment; at the same time ‘My Place in the World’ installation enthuses viewers to think about progress, transformation of places, local identity versus international perspective and microcosms versus macrocosms.

Globes are historically connected to cartography and measurement but have also played an important part in the unconscious positioning of the human in a metaphysical sense. Rediscovered in our culture at the turn of the 16th century globes were for many centuries associated with great privilege. Today globes are almost redundant as tools for looking at the world, GPS and digital maps are changing our global vision, but they still have a strong emotional perception attached. 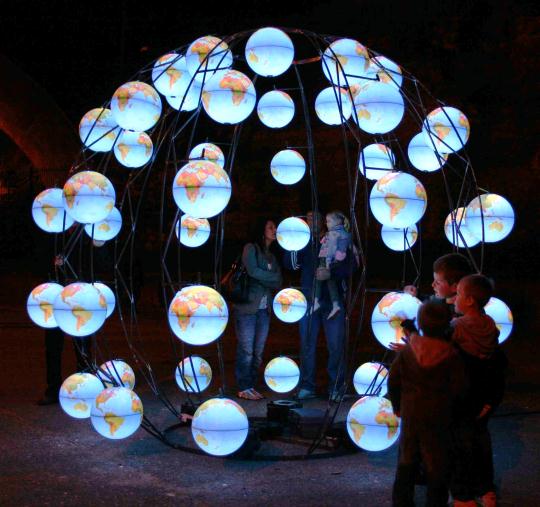 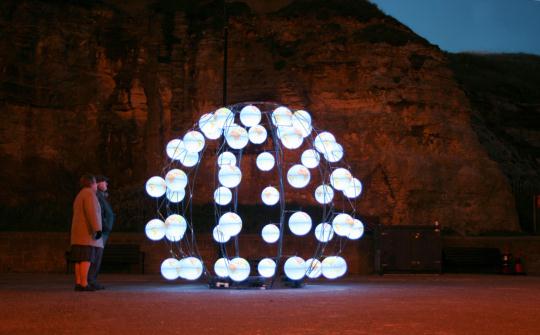 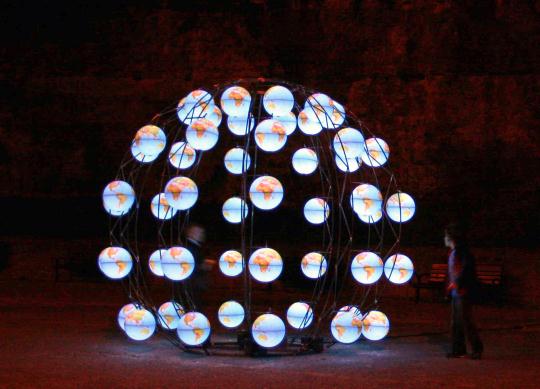 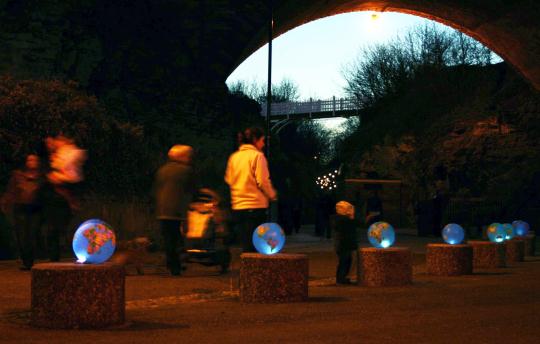 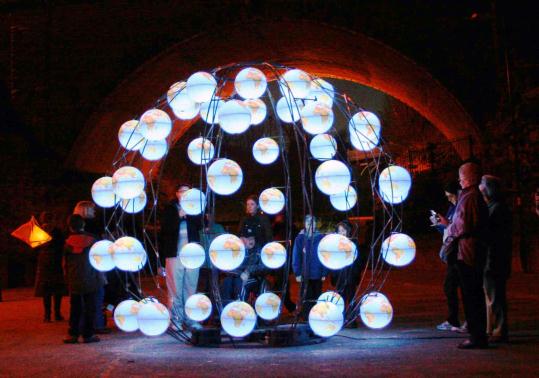