Glowing Wheels are kinetic lighting installations relating to the genus loci of the famous Spanish City Fairground in Whitley Bay, connecting the memories of the place to its new development and use of the space.

The Rainbow Pleasure Wheel was imported from the United States to the Spanish City. When completed in June 1914, it allowed people to ride around it at up to 40 miles per hour. It was hailed as a success and in the following week it was claimed that thousands had ridden the wheel, declaring it to be "thrilling", "champion" and "extra". Aether & Hemera's Glowing Wheels refers to the spinning ferris wheel; its dynamism will reflect the thrill of the ride and its coloured lights will echo the multi coloured neons of the fairground. 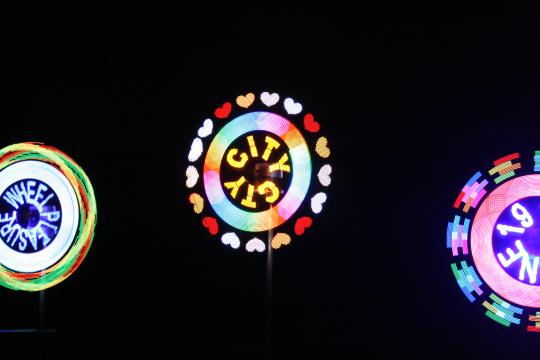 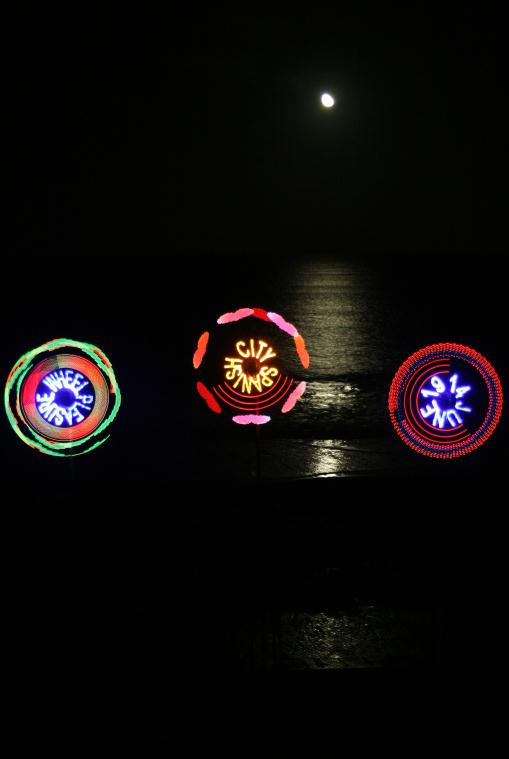 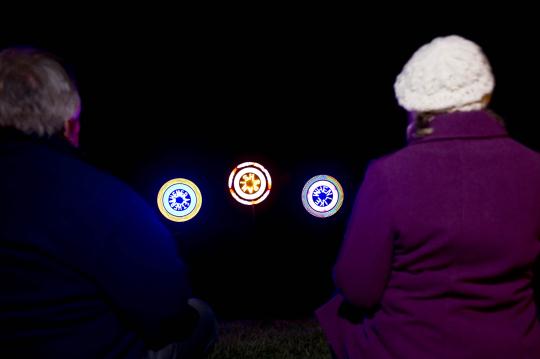