The artwork has been commissioned by the Whitgift Foundation and Croydon BID to recreate Croydon's crocus valley, as part of the Croydon Heritage Festival 2017.

It is thought that Croydon's name is taken from the Anglo Saxon words ‘Croh-Denu’ - meaning ‘valley of the crocus’ - which suggests that the Romans farmed crocus flowers in Croydon for their saffron, a valuable spice used in food before the arrival of the Saxons.

Aether & Hemera’s kinetic artwork, a canopy of colourful origami crocus flowers, was installed in the Bellmouth are of North End in time for the opening of the Festival. 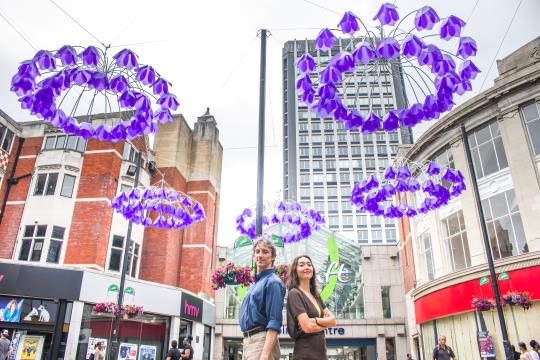 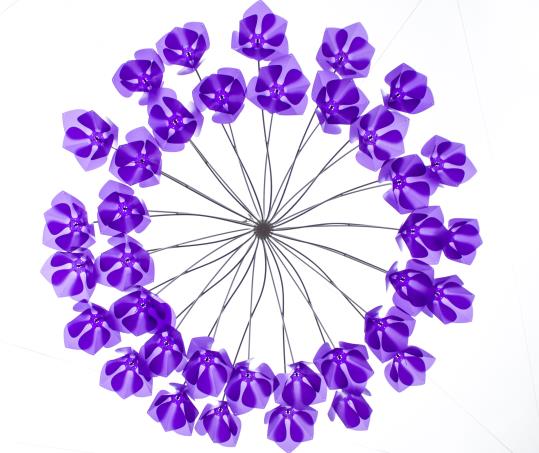