Aether & Hemera were appointed to produce a series of creative proposals for the new exemplar NHS community facility in Morpeth.

The initial research phase involved the engagement with doctors and staff; the following stage involved the collaboration with P+HS Architects for the design development of Chromatic Circles.

Chromatic Circles is a site-specific suspended glass installation made from a series of iridescent tilted triangles, clipped within a steel framework, for creating a harmonic composition that occupies an area of more than 3 by 5 meters in the triple height atrium space.

A Public Art project commissioned by Inspire Northumberland in partnership with NHS North of Tyne Estates. 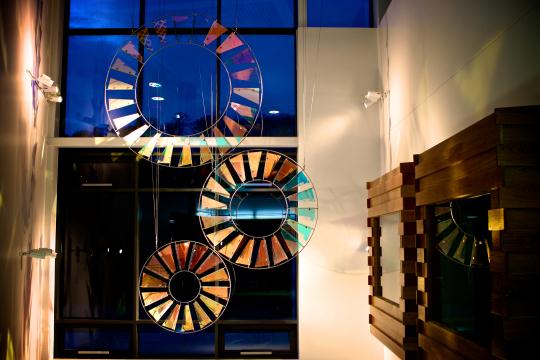 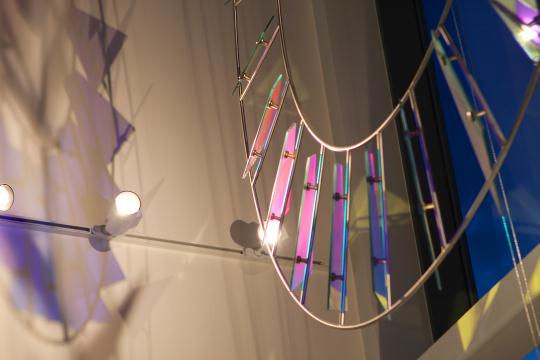 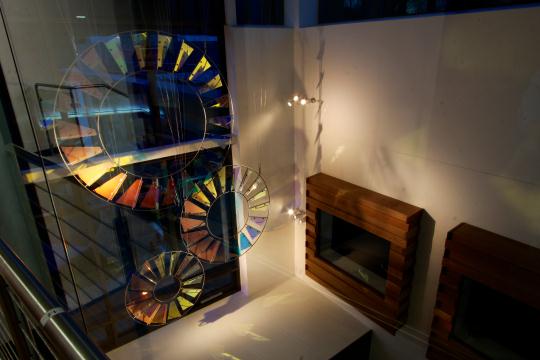 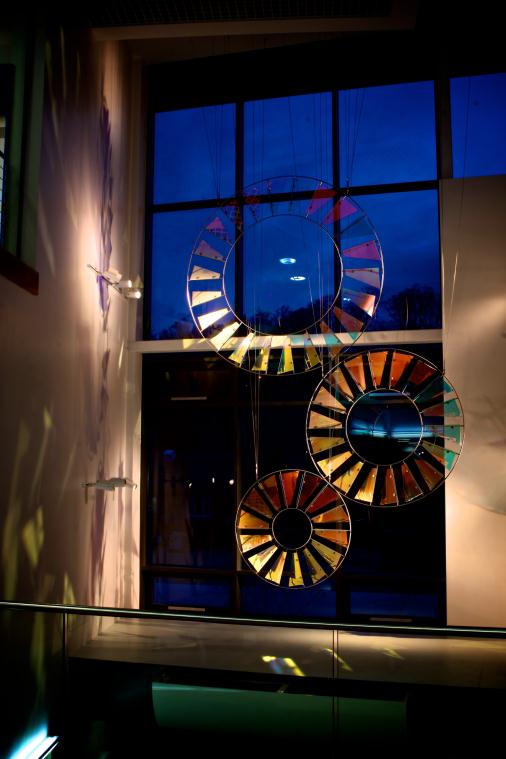 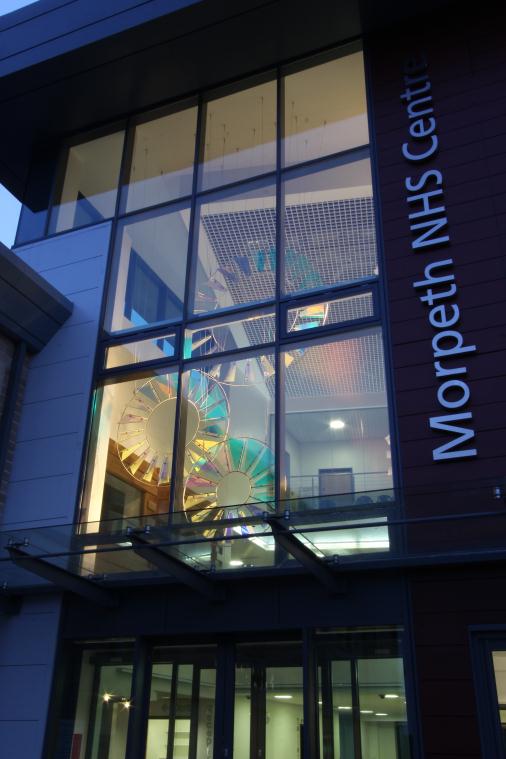 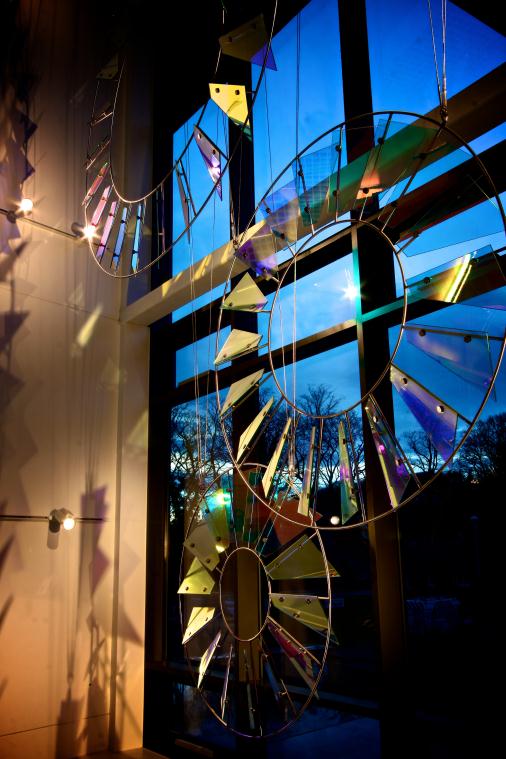 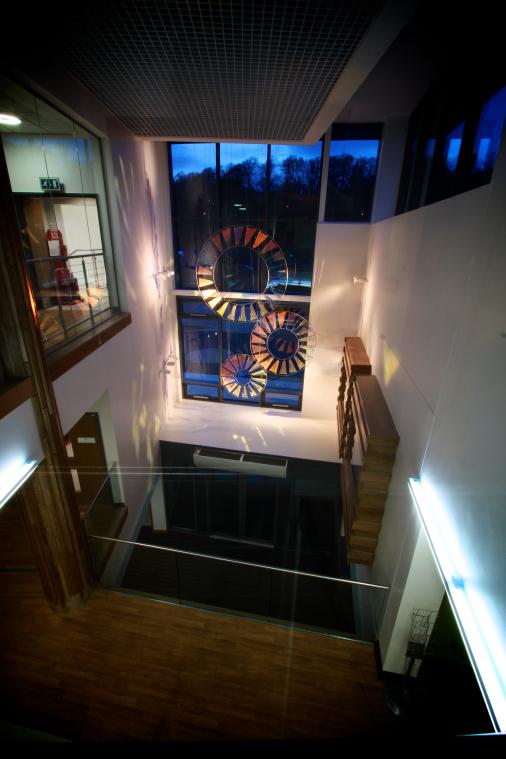